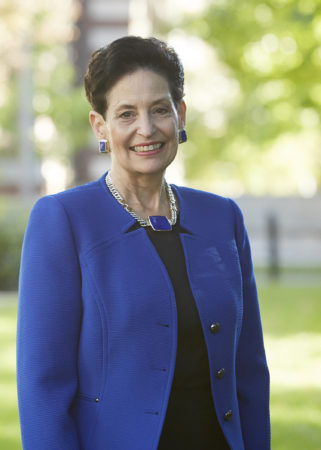 My parents, Aaron and Sophie Braeman met in the US Army during World War II, and settled in Kansas City, Missouri. Although they were originally from other parts of the country, Kansas City became their home, and the home to my sister Eileen and myself. Being part of this Jewish community as we grew up, meant that we had family, friends, traditions and activities.

As members of the Jewish War Veterans MO-KAN 605 Post and Auxiliary, my parents supported veterans – many of whom were their close friends, and the Post/Auxiliary represented the Jewish community within the greater Kansas City region. I was thrilled to recently partner with the Jewish Community Foundation and the MO-KAN 605 Post to create a Tribute Book to honor the Jewish men and women of Greater Kansas City who served our country. In our research, we found Jewish veterans as far back as the Civil War to those who are currently serving in the military.

The Jewish tradition of remembering and honoring our family and friends is an important element of “community,” and the Jewish community here in Kansas City will always have a special place in my heart.  The Jewish Community Foundation of Greater Kansas City serves as an important bridge for donors and charitable giving.