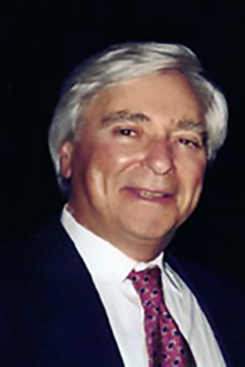 At a very early age I learned the thrill of giving to charity.  As a child, I couldn’t wait to put my change in the “Blue Pushke Box”.  I was thrilled when it was full and had to be picked up.

My parents, Philip and Sarah Wang, were on every Jewish charitable board of the times. They were delighted with the advancements of our Jewish Federation, the additions to Menorah Hospital, the building of the Jewish Geriatric Center and new synagogues.  It was easy for me to follow in their footsteps as I received the Jewish Federation Young Leadership Award and was a past Co-Chairman of the annual drive. Then I became President of the Jewish Geriatric Center and its Chairman.  I was instrumental in the building of Shalom Plaza and later became its first Chairman.

My wife, Nicole, and I were among many who were instrumental in the planning of Village Shalom and were Honorary Co-Chairmen of the fund-raising effort to develop the new home for our community.  My feeling is when you give charity you are more blessed than the recipient.